Plants Available in the following grades ;

Other  grades are negotiable.

Growing power
By using the M9 rootstock, the vigor of the tree can be reduced to 40% relative to seedlings. Because the M9 rootstock is the most widely used and the best known rootstock, it is often used as a reference for the giving of an indication of de vigor of other rootstocks.

Specifics
The M9 rootstock is probably the most widely used apple rootstock and therefor it is often considered as the standard rootstock. The M9 T337 rootstock is less suitable for a climate with severe winters because of the sensitivity for severe frost. Besides this, the growth of the trees can become too weak in case of soil exhaustion in case of replantation. 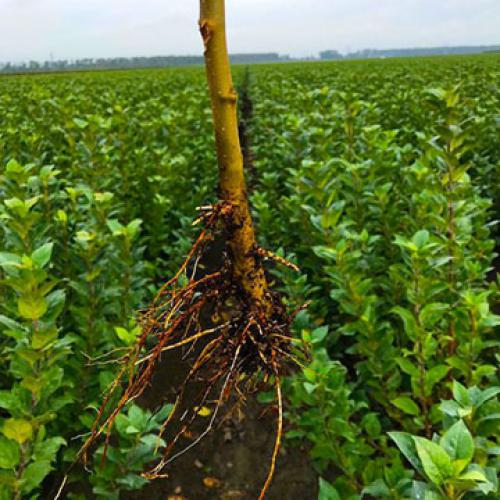 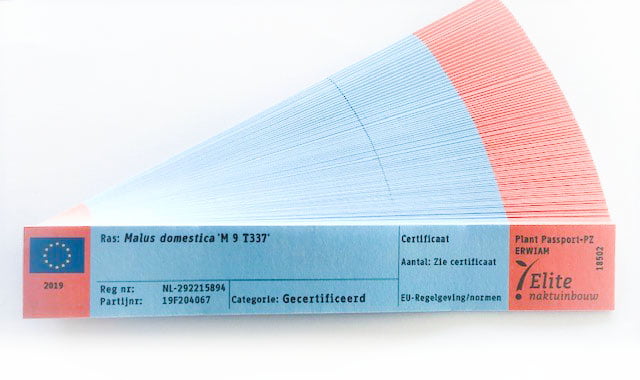